St. Rocco and the plague

Known as the Tintoretto’s “Sistine Chapel”, the Scuola houses the greatest work of the painter.

A game tour in this outstanding place, in front of visionary scenes, impressive huge paintings and a fascinating topic like the plague in the background.

The tour will follow in the church,where other stunning art works are preserved, and in the area, to find out signs and evidences of the Scuola in the past daily life.

Ask without any commitment

Connect with
other services

Built in the first half of the 16th c., it was the site of a brotherhood aimed to help the needy, especially during the devastating plague epidemies.

Like others in the city, it received the title of “Grande” – “Big”, important – by the Council of Ten.

Jacopo Tintoretto, who later became a member of it, won the competition for the decoration of the ceiling – thanks to a clever trick which will be explained on the tour – and, step by step, he assured himself the whole decoration.

Other artists left their sign in this Scuola, such as Titian and Bernardo Strozzi.

The church was built in the 15th c. and renovated in the 18th c.
From its facade to the rich interior, everything tells us about charity and art, history and plague.
Recently restored, the elegant “cantoria” or choir next to the back facade, it is one of the worth seeing hidden treasure.
Tintoretto made some paintings for the church too, in particular a youthful piece which expresses all the drama of a city hit by the terrible desease.

St. Rocco is buried in this church.

The Crucifixion by Tintoretto

Large paintings on canvas are common in Venice and Tintoretto himself used to paint particularly big scenes.

The Crucifixion strikes the viewer’s eyes in astonishment, when one enters in the smaller Sala dell’Albergo.

The complexity of the composition, the pathos expressed and the numerous details, keep alive the attention of the visitors of all ages.

Once visited the Scuola and Church, it is possible to add a walking tour to see another Scuola, St. Giovanni Evangelista, located nearby, and to catch the signs left by the presence of the Scuole in the territory: bas-relifs, the streets name, and other interesting details.

It is also possible to arrange a mask making laboratory after the tour, for the engagement of the youngest and for the whole family too.

Maps were disabled by the visitor on this site. Click to open the map in a new window. 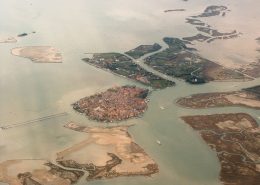 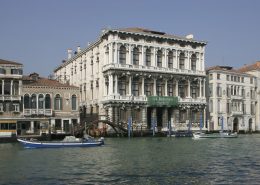 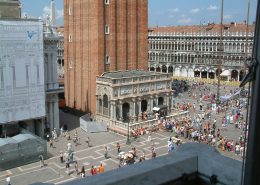 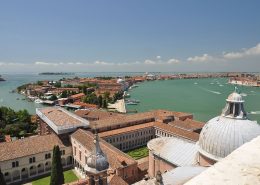 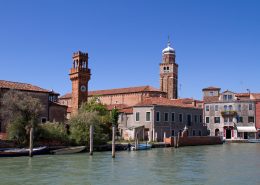 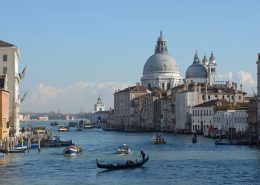 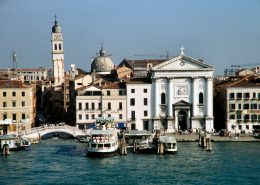 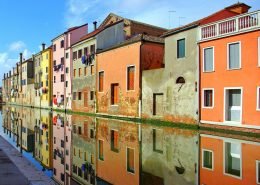 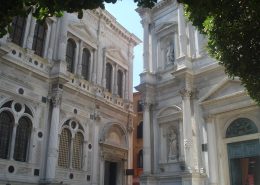 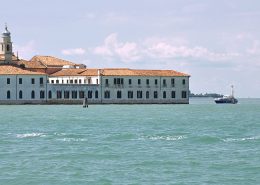 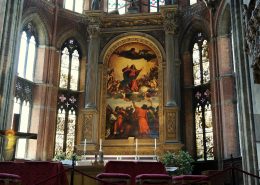 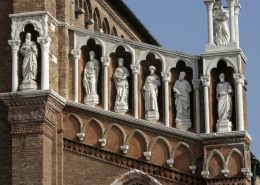 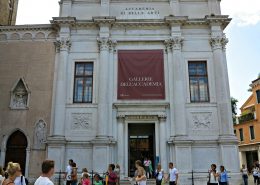 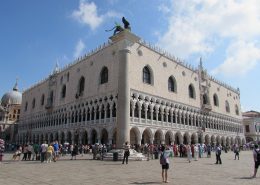 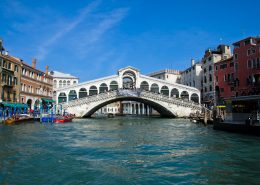 We are using cookies to give you the best experience on our website. You can find out more about which cookies we are using or switch them off in settings.

This website uses cookies so that we can provide you with the best user experience possible. Cookie information is stored in your browser and performs functions such as recognising you when you return to our website and helping our team to understand which sections of the website you find most interesting and useful.

_gali: permanent cookie with 2 year Grab a cuppa with your developer and run through the detailed log. ;)

Please enable Strictly Necessary Cookies first so that we can save your preferences!